A man and a woman walk through the park together, holding hands. They pass an old woman sitting on a bench. The old woman is knitting a small, red sweater. The man begins to cry. Write this scene.
Today’s twist: write the scene from three different points of view: from the perspective of the man, then the woman, and finally the old woman.
A Small Red Sweater – The Old Woman’s POV
(The same story in man’s POV was posted on June 13, and in woman’s POV was posted on June 14.) 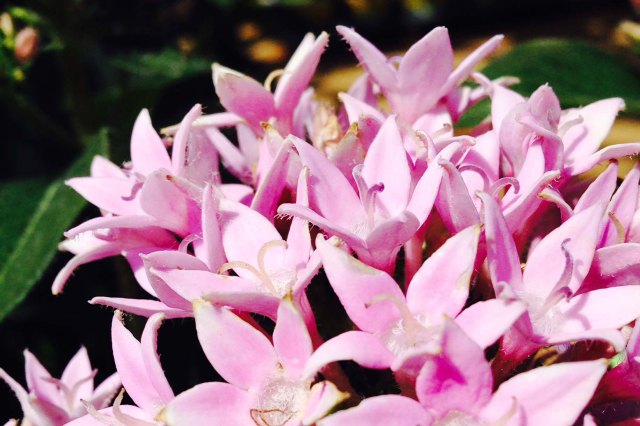 Joan puts the newspaper on the bench next to her. She and Frank had come to this park for many years: he read newspaper and she knitted, crocheted or wrote her journal. Their house is only a block away.

“Sarah will love this red sweater, don’t you think so?” Joan says.

The wind blows newspaper open, making a rustling sound. Joan looks at the newspaper and smiles. “Ok. Read your newspaper. I won’t bother you.”

Of course Joan knows that Frank had passed away two years ago. But as long as she can sense he is around, she is not going to ignore him.

“See how that husband and wife holding their hands? We were like that.” Joan whispered.

When the man and woman are getting closer, the man nods to Joan. Joan returns with a smile. Joan sees the man glance at the small red sweater that is in her hand. Joan says, “It’s for my granddau – ” She stops in the middle of her sentence when she sees tears in man’s eyes. My God, they must have lost a baby recently.

Joan takes a quick glance at the woman. The woman looks confused. Is she in denial?

“How can I help them?” Joan asks herself. She can’t think of a thing. She feels helpless. Frank would know what to say. How I wish he were here.

It seems forever, but the man finally stops crying; Joan is glad. The man extends his hand to the woman; Joan feels relieved. But to her surprised, the woman walks away.

The man glances at the sweater again and says to her, “This is supposed to be a good day.”

Joan nods. It is supposed to be a good day for Frank and her too. Their grandchild Sarah is turning two and she is supposed to finish the sweater for Sarah as a surprised gift. Joan points to the direction where the woman is heading. The man nods again, and then he takes off.

A retired computer programmer who loves writing and photographing, and has managed to publish a YA novel "Jin-Ling’s Two Left".
View all posts by Helen C →
This entry was posted in Writing 101. Bookmark the permalink.