This is my submission for Brenda’s A Photo Study: Negative Space.

Many years ago, one friend showed me several of his friend’s paintings. He flipped through each one, and kept telling me how wonderful they were. At first, I wanted to be polite. I told him they were pretty good. Seeing the fourth painting, I couldn’t stand it any longer. “They are good, but I don’t think I like them,” I said, still trying to be polite.

Later I told another friend what had happened. I used the word “suffocating” to describe how I felt on that day, and told her I didn’t really know why I felt that way. My friend said, “Do you know that Chinese paintings usually have a lot of white space, and many western paintings don’t?” (Ah ha!)

The first photo was taken with 300 mm focal length. The goose was far away, but seeing through the viewfinder, I felt she was looking straight at the camera.

In the middle of taking neighbor’s boy’s photo, I saw the moon and the treetop. I quickly took several shots. Standing quietly next to me, the boy looked up to the moon. He kept staring… at that moment, I felt we were connected. 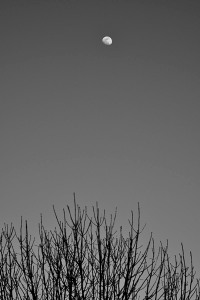 I was having fun playing with light for the next 3 photos. I didn’t really get the effect I wanted. I will keep trying for sure. 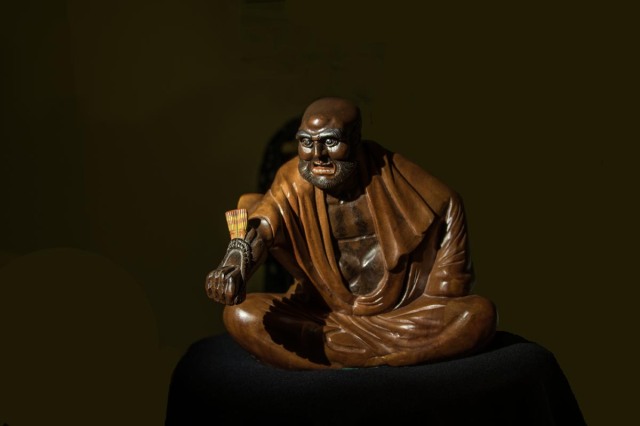 Thanks Brenda for another good lesson. I truly appreciate it.

A retired computer programmer who loves writing and photographing, and has managed to publish a YA novel "Jin-Ling’s Two Left".
View all posts by Helen C →
This entry was posted in photo, photo and thoughts and tagged Brenda's A Photo Study. Bookmark the permalink.