I have mentioned that I wanted to start a new project on my recent post Scottsdale Trip, Blogging, and My New Project. At that time I called it “Look! You are Beautiful”. My goal was to take photos of many people and give photos back to each of them, so they can see how beautiful they are regardless of their skin color, their religion, and their living condition. I particularly wanted to target those who were somewhat struggling with life right now and hoped that seeing their own photos would cheer their up.

Well, I started the project on Mar. 9, and since then I have made several changes. (1) I think… by targeting those who are struggling with life right now, I may already make them feel uncomfortable. I’ve decided to take photo of anyone who is willing to participate instead. (2) Even though I believe that everyone is beautiful, I am not sure everyone wants to hear that he is beautiful. I decided that the word “beautiful” had to go. However, when I give the photo to the person, depends on the person, I may just say, “Look! You are beautiful.” (3) I need to know when to end this project, and I think 1000 photos will do.

At our town there is a church where anyone can walk in to have a free lunch meal on Saturday. L, who started Saturday-noon-meal more than 20 years ago, is still in charge of the program. I had a wonderful phone conversation with L, and later stopped to help prepare lunch 3 weeks ago. I found out that people who volunteer there are very friendly, so since then, I’ve been there every Saturday.

I met Ed the first week I was there. I told him about my project and he said, “You can take a picture of me!” When I went back on the second week (with my camera), I couldn’t stay too long and Ed didn’t show up before I had to leave. So, I took several photos of volunteers, considering as a practice run. I was sure that the photos I took wouldn’t mean much for volunteers, since they probably had plenty of photos of themselves.

This week, I gave volunteers’ photos back to them in each individual envelope and inside, I wrote “Look! You are beautiful.” To my surprise, everyone was so excited to see his/her photo that I could feel joyful bubbles floating in the air.

All of them have volunteered for many years (8+).

Ed showed up this week. So I finally took his photo. I asked him if I could use his photo on my blog. He said, “Sure. Make sure you write that I am single.”

Ed also convinced Don to participate. Don would like a photo with his son. 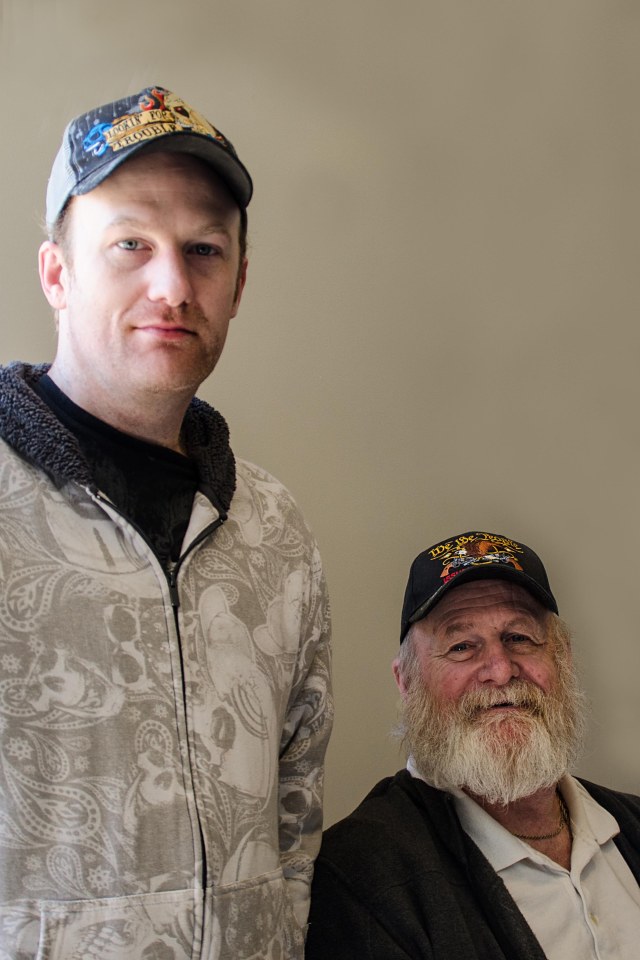 Looking at these photos, I am sure that you would agree with me that everyone is beautiful.

A retired computer programmer who loves writing and photographing, and has managed to publish a YA novel "Jin-Ling’s Two Left".
View all posts by Helen C →
This entry was posted in photo, photo and thoughts. Bookmark the permalink.